This Saturday 14 and Sunday 15 May, the 2nd edition of the Madeleine d’Antan event resounded within the Limestone Village. No less than 25 craftsmen representing a dozen ancestral trades have taken over the Site. There was the band of Forges de Carrié, with Bruno and Marie-Noëlle, installed in the forge on the ground of the Farm. (Photo Bruno and Mano)
The forge bellows, freshly installed in one of the Shelters, was also in great shape, with Donovan, Guillaume and Olivier (all dressed in black) as companions. (Picture Olivier)

Unfortunately, Elsa the leather worker, suffering, could not come and install her skins in the Grand Abri de l’Est. So it was Marie-Jo, the lacemaker who was able to take advantage of the shade and present her goldsmith work to visitors. (photo Marie-Jo) You have to have seen the elegant ballet of its nimble fingers to understand the complexity of this know-how which dates back to the Renaissance.
In the old entrance to the village, under a few lines of putlog holes and their beautiful thatched roof, Andrée and Fabienne, our two Pyrenees from the stage, told an audience eager for explanations about the different stages of pottery on string. An art that comes to us from Spain, widespread in Provence at the beginning of the last century, and which made it possible to shape large jars or ornamental pots of very large dimensions. The rope, moistened, remains inside the pottery until the earth dries. Exciting ! (photo dédé and fafa)

From the first light, thick billows of smoke rose from the large Shelter onto the Site esplanade. The smell did not deceive. Today, flames were going to dance and good bread was going to delight us! Denis, who now officiates for a large part of the year in the communal oven of the Village, arrived early in the morning, the laughing eye under his cap. The heating was beautiful, almost 350° in the heart of the old 13th century oven. Once the coals and ashes were out, he could bake this peasant bread that he loves so much. (Photo Denis) Always with the same recipe. Varieties of old wheat, a little Rouge de Bordeaux, spring water from the Madeleine and a solarization of the flowers of the site to make its leaven, obviously natural. Add to that a little Guérande salt, kneading by hand and you can enjoy! Everything was sold out in a few minutes, you had to arrive early to get “your” bread from the Madeleine.

Even higher, in his beautiful chestnut caudres cabin, a young Viking was giving a few shots on long wooden rods. Valentin, a professional strapmaker (one of the youngest in Périgord) explained as an old forest backpacker, this typically local craft (mainly in Périgord and Limousin, where chestnut trees are legion). Who made the first rolls in history? Why did this work provide a living for many peasants in Périgord? Why is it a seasonal activity? Which shoots do we choose? What gestures and tools do we use? Does a strapmaker earn well? Nothing was spared him! And yes, a strap maker earns a pretty good living…

La Madeleine d’Antan is also a unique opportunity to see stone cutters and lauziers working live. Our two Girondin friends, Jeff and Cédric, were tackling a demanding challenge: shaping the sculpture of a Virgin and Child (photo). After two days and a few thousand punches and gouges, the result was breathtaking. And the virgin was able to return to her stone alcove, left an orphan after a theft in the 80s.
Alongside them, Claude Crouzel, lauzier master craftsman from Plazac, happily and jokingly shared this ancient art for which Périgord is famous. (You know, the slate roofs that protect our old Périgord homes and which weigh – all the same – some 800 kilos per square meter.

And then of course there was the beautiful Morgane, queen of patience, who introduced the youngest to wild basketry. All the most flexible and resistant plants were used to make small perches where the birds would come to find refuge.

New faces were appearing this year!
Our two young weavers, Jeanne and René, over 80, from the beautiful village of Plazac! Francis Collie, a professional tracker, introduced families to the ancestral art of Animal Tracking. Foxes, deer, badgers, stags, wild boars just have to watch out. We are now following in their footsteps. Philippe, sheep shearer, made a beautiful spring cut of our 22 ewes and ram. And Nicolas, the Corrézien with the hat, brought back to the Farm a beautiful draft mare, to make demonstrations of hauling.
Armelle, the wood turner (who officiates the rest of the time at the Village du Bournat) was turning colorful tops!
Other lacemakers (and a lacemaker, yes!) arrived from the hillsides of Rouffignac to present their creations to the curious, in the heart of the Place du Village troglodytique. Welcome to Nicole, Annie, Raymonde, Noëlle and Jean-Pierre, the aces of diamonds and needles. They promised us, they will come back in the summer!

Finally, Saturday evening was just as beautiful, with a traditional ball, led by Nicolas Peuch and Paul Delteil, where a hundred dancers of all ages came to twirl, jump, change partners until midnight struck! The garlands were out, as if to rediscover the atmosphere of the balls of yesteryear. Obviously, we weren’t at the point of lighting the lighters in the dark, to choose his partner before taking him to dance, but an even bigger light came out in flames from Jean’s mouth, a fire-eater! We will not forget this spring edition… Thank you to all who trusted us for coming and we hope to see you even more numerous for the next edition next September…
Register here ! lamadeleinegrandsite@gmail.com or by phone at 05 53 46 36 88
Online Ticketing 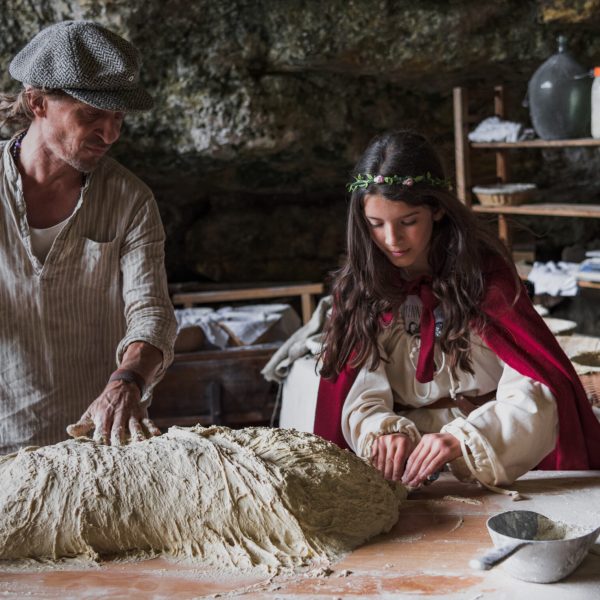 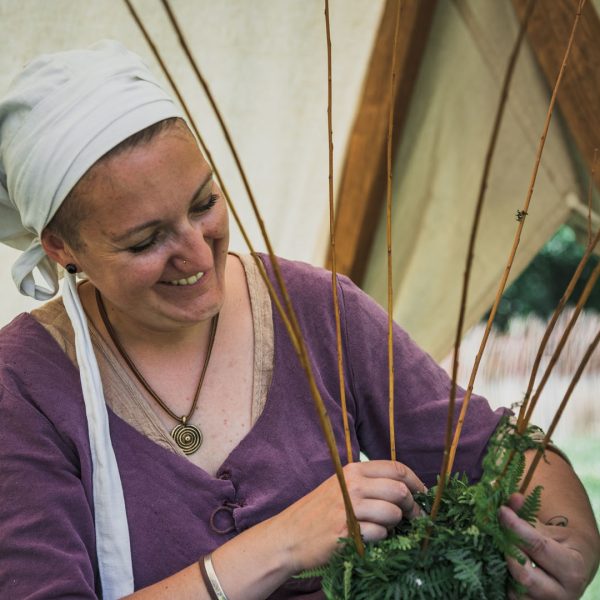 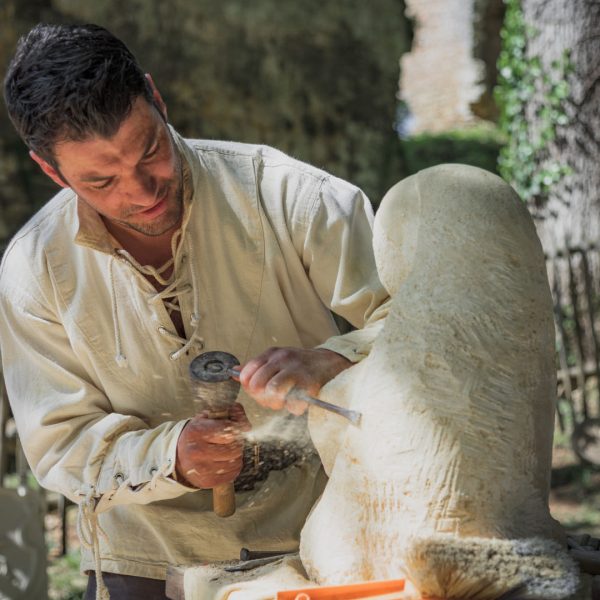 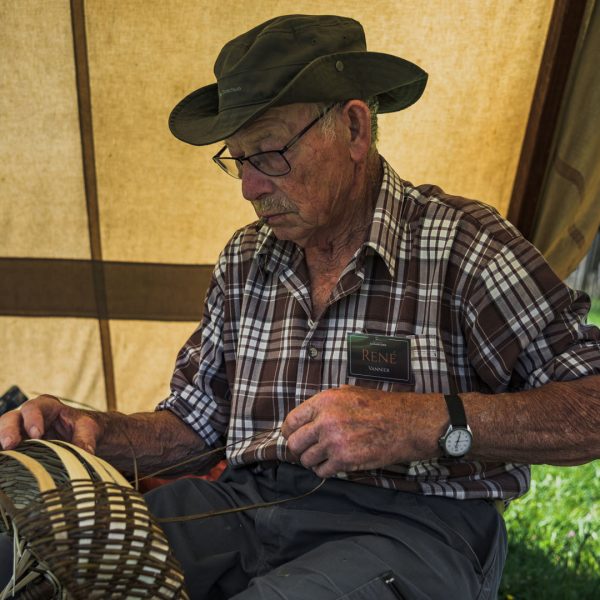 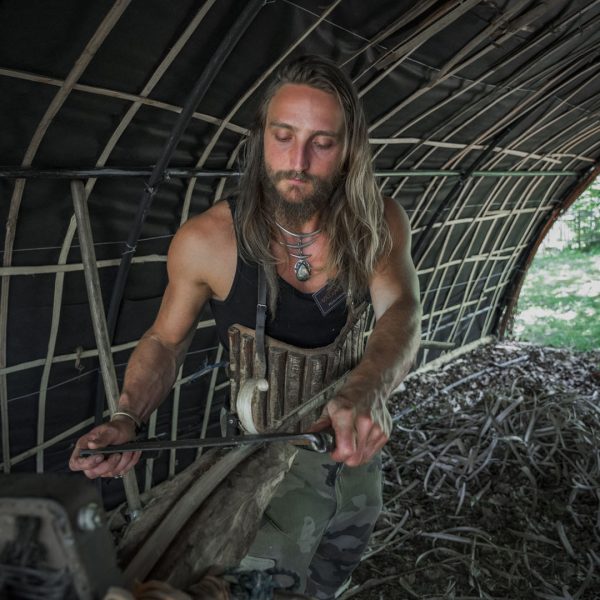 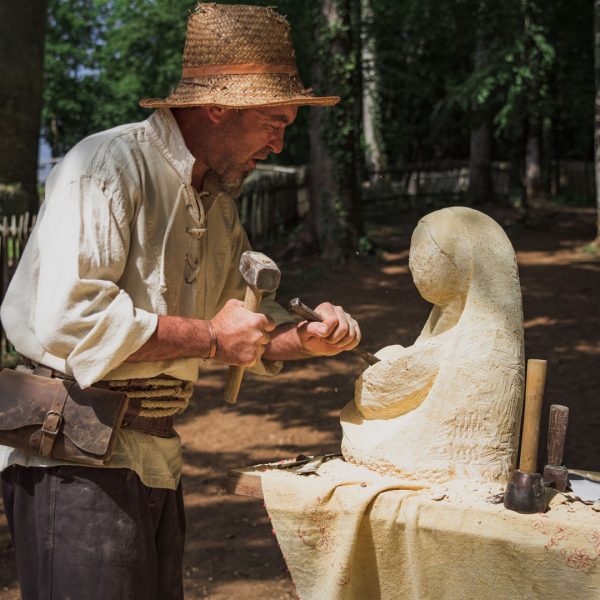 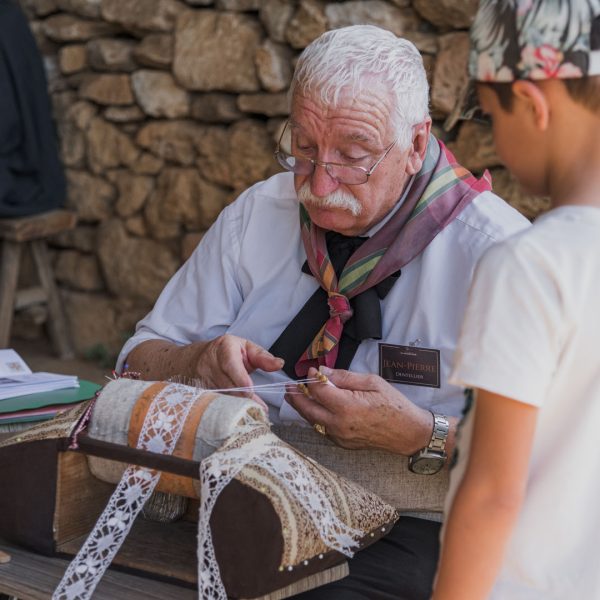 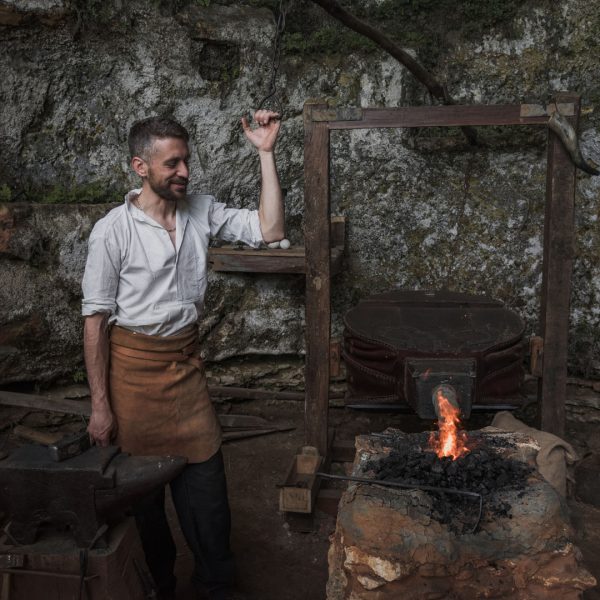 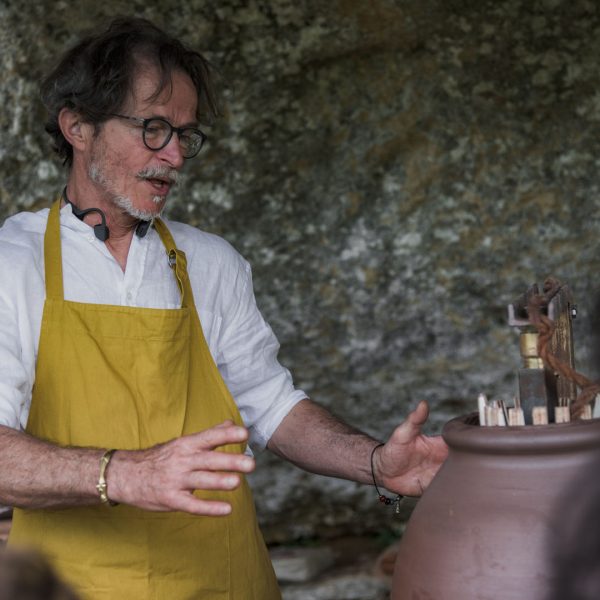 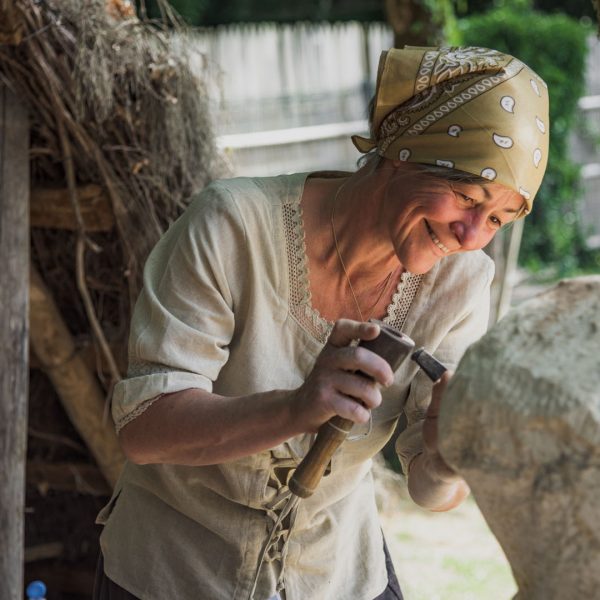 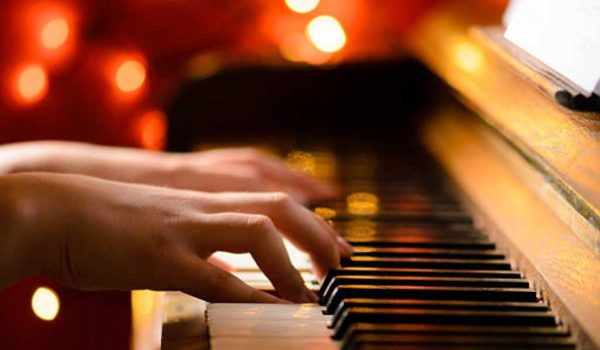 The Village de la Madeleine plays musical extensions with a superb recital by Bach on the piano. The artist who will perform these pieces brilliantly is Cyril Marie, a talented concert artist known on the international scene. FREE entry. 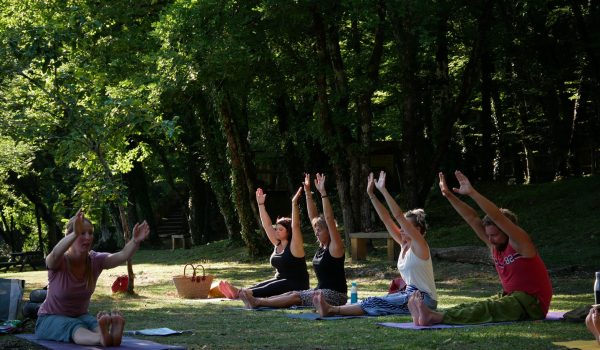 Set up your mat, lie down and close your eyes. Immediately, feeling the light playing with the leaves of the trees on our closed eyelids… 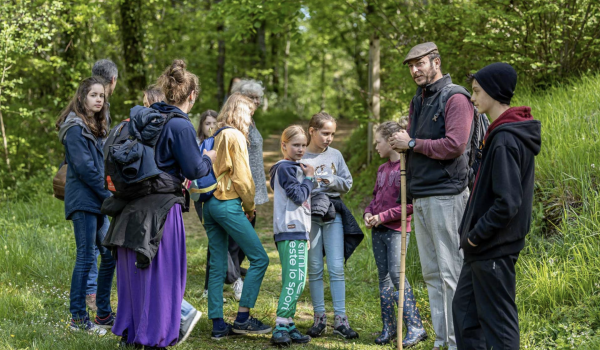 The Madeleine is on the way !

Finding yourself, like a few thousand years ago, with your tribe in the shelter of a cliff…and going on an adventure to observe the animals, where to feed. Go beyond the hill, see what’s behind… 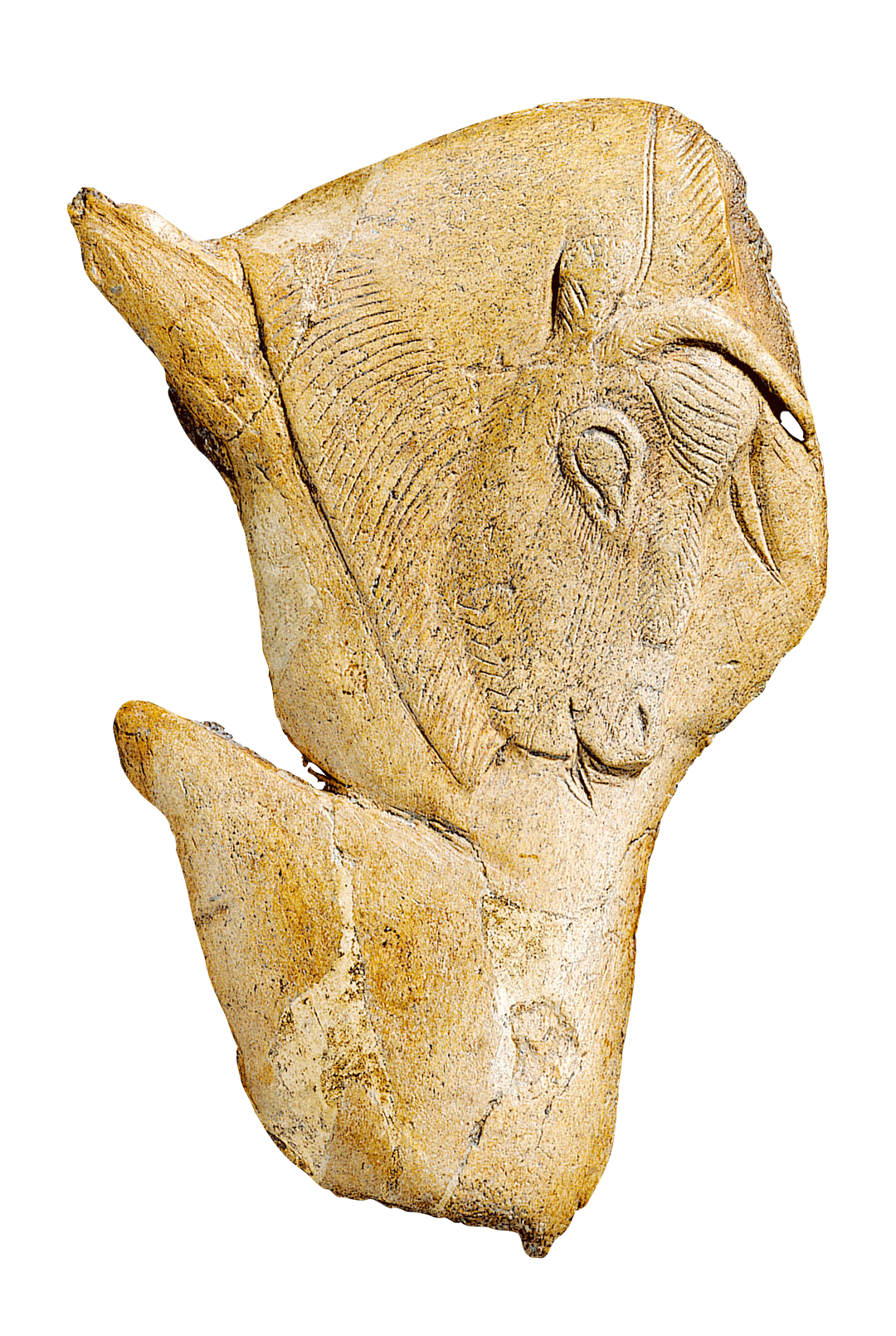 The Village
The Farm
Watch the video
Our Partners

Guided or unguided visits (with audioguide or booklet) are at the same price. You will then be offered options (farm visit, children’s workshops, meals, etc.) according to the schedules. For the audio guide, bring your headphones. If you don’t have one, headphones are available for just € 2.